Even though his favorite shoes were Adidas, Michael Jordan first wore Converse, like the entire team from the University of North Carolina. In the fall 1984, he went looking for a sponsor, before joining the NBA. Disappointed by Converse’s offer, he turned to Adidas. But the German brand already equipped the legendary Kareem Abdul-Jabbar for 100,000 dollars a season. Nike, well-known brand in the running world, and in the tennis world since they had signed up McEnroe, was then trying to win the basketball market. Convinced by Sonny Vaccaro, sports marketing specialist, Rob Strasser, Nike marketing director, approached Michael Jordan and placed all his budget on this extraordinary young talent, who still had to prove his worth. It is a historic bet, which gave birth to the very first brand wearing the name of an athlete. The amount of the contract remains undisclosed, but the sum is probably as high as 2.5 million dollars per year for five years. The logo of the brand, the Jumpman, designed by Peter Moore, who conceived the whole Nike identity, has become an iconic image. 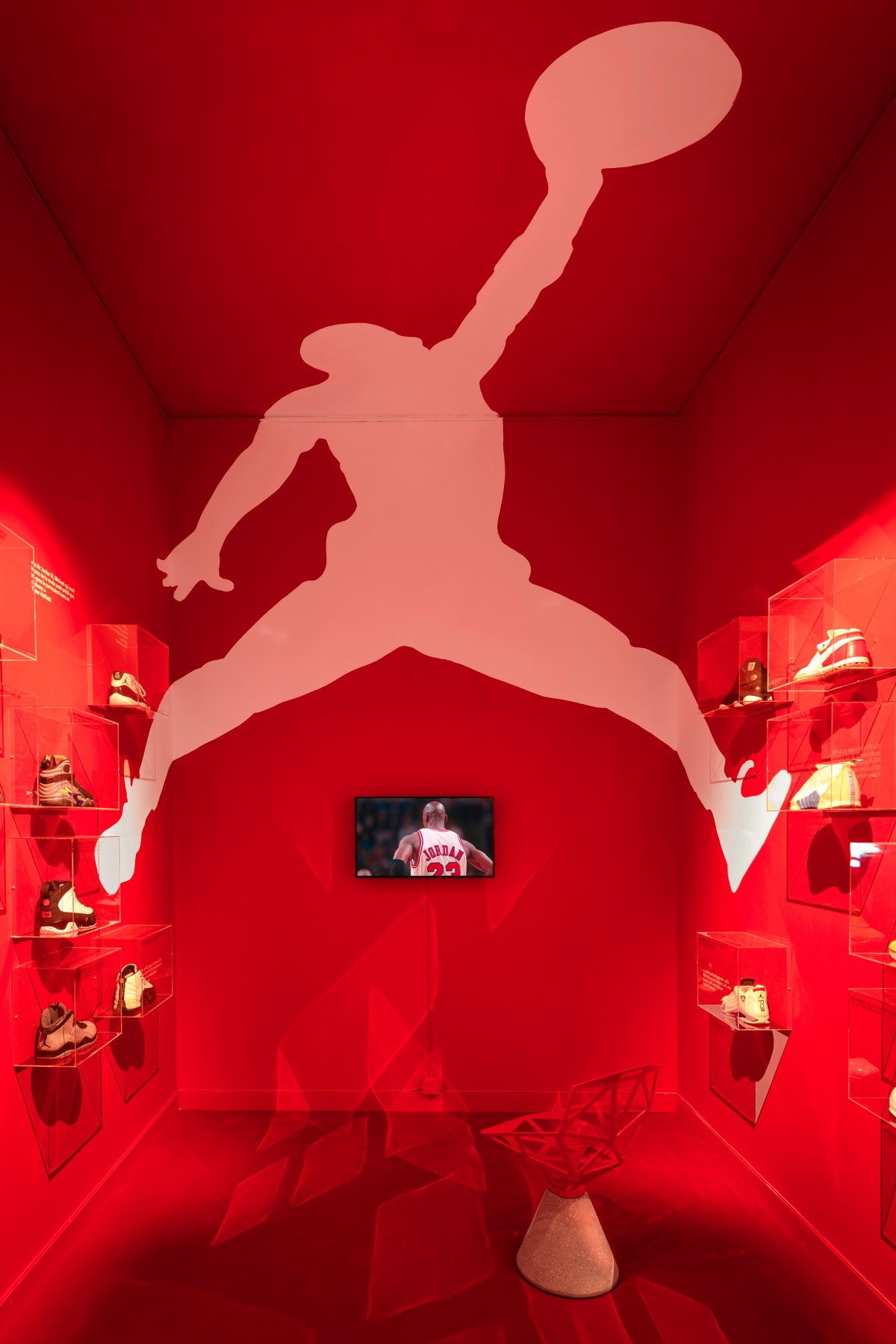 The design of Air Jordan
The first Air Jordan was designed by Peter Moore: « My idea was to use Michael’s charisma to break the NBA rules which then imposed white or black shoes… because we were Nike, and because Michael was about to break all records. » The player openly admitted that he was fined 5,000 dollars wearing them for each game, but Nike took care of paying. The legend was then created; his irreverence fitted perfectly the identity of the brand. Sales exploded and reached the huge amount of 150 million in revenue within only three years.

As a genius designer, Tinker Hatfield conceived the Air Jordan III, and many following flagship models from the Air Jordan brand. He worked as closely as possible to fi t Michael’s needs, in order to technically improve the performances of each pair. He associated a functional design with an emotional and provocative narration, which conveyed the athlete’s personality: « there must always be a story at the heart of the design process ». Each new pair of Air Jordans helps creating the legend of an empire, whose turnover is today estimated at 3.14 billion dollars.

« The XI: Michael, who has a powerful fashion sense, predicted that people would wear them with a suit. » Tinker Hatfield

« For the XII, I took the design of a high heeled shoe and turned it into a basketball shoe. » Tinker Hatfield

« The XIV revisits Michael’s passion for cars, especially a Ferrari he owned back then. » Tinker Hatfield

« The XV is the idea of the X-15, NASA’s suborbital experimental aircraft, which smashed all speed records in the 1960s. » Tinker Hatfield 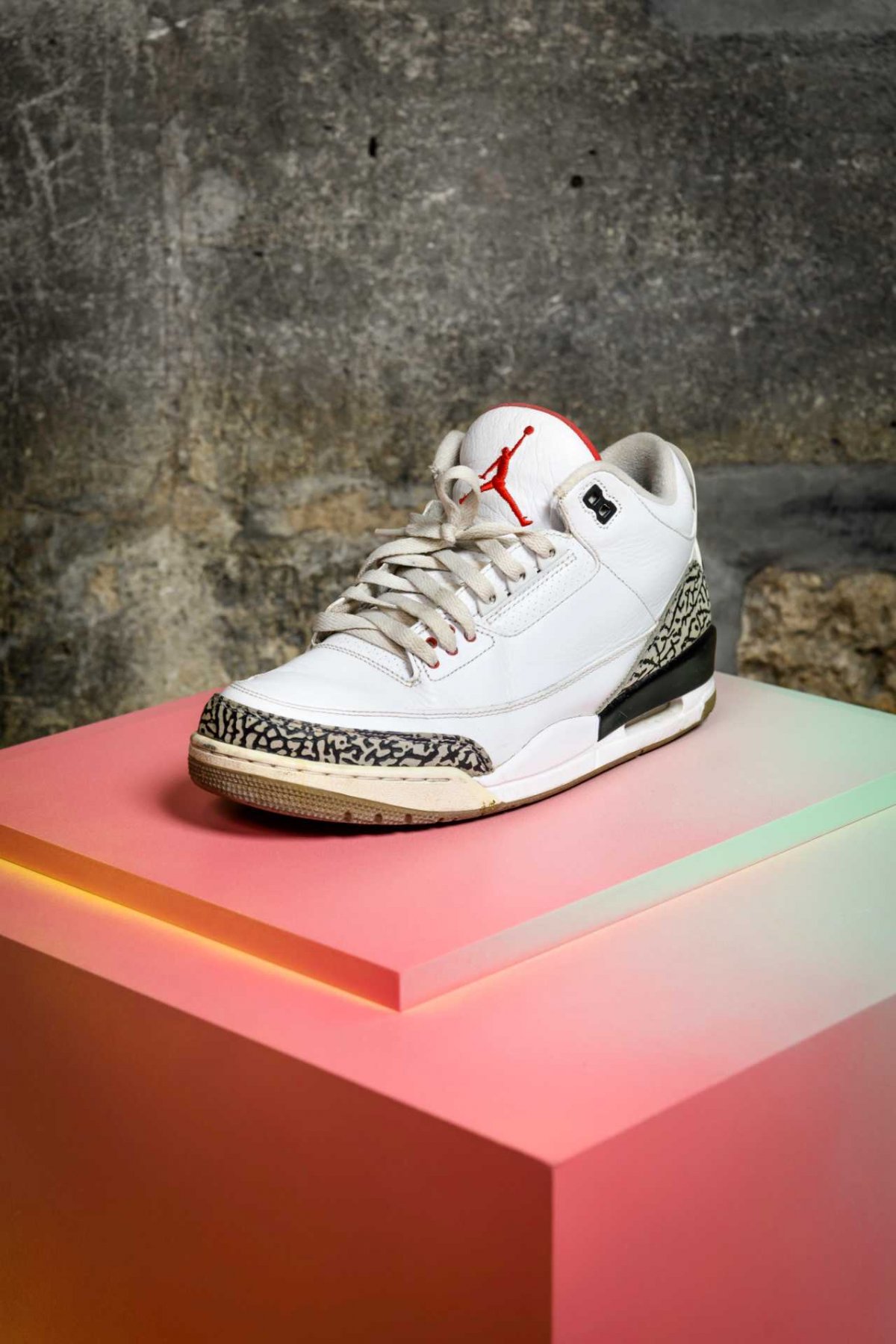 
“You Stepped On My Brand New White Air Jordans!”
Extract from the movie "Do the Right Thing" directed by Spike Lee  © 1989 Universal City Studios, Inc. All Rights Reserved.