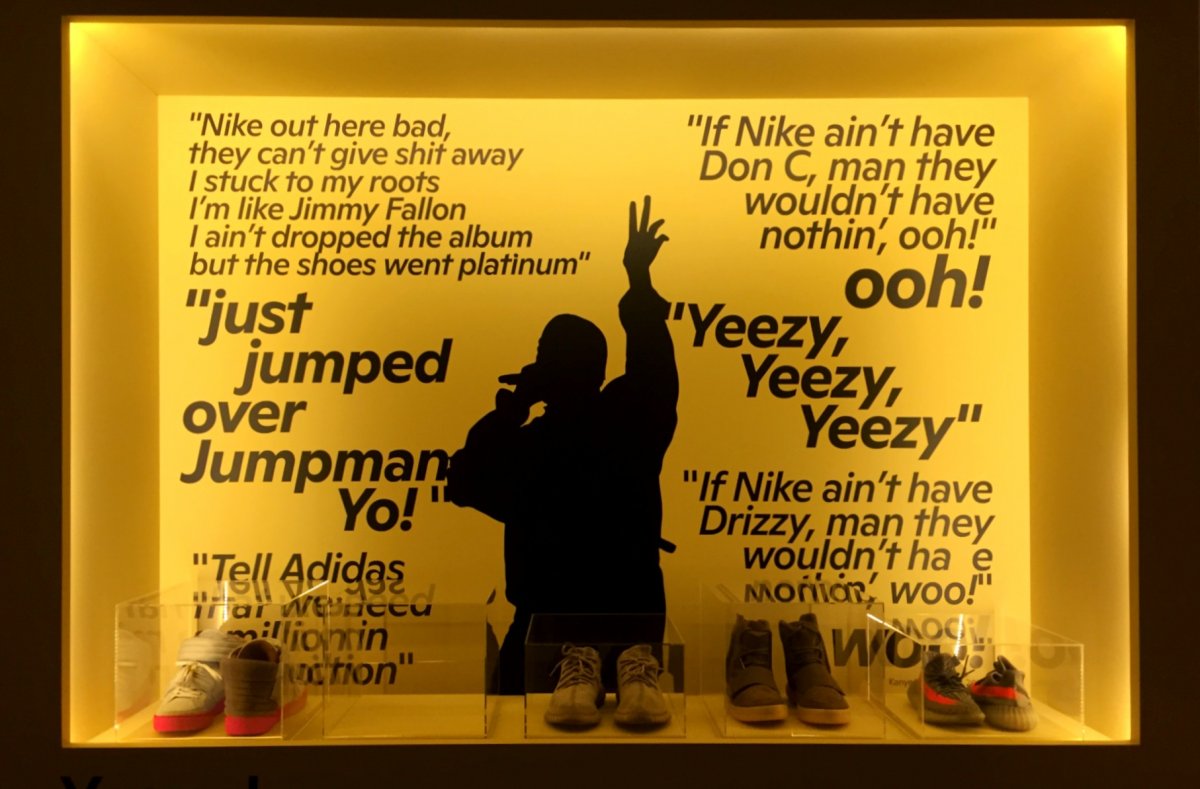 « YEEZY is the Lamborghini of shoes » declared rapper and shoe designer Kanye West. Since the launch of his line in 2009, collaborating with Nike first, then with Adidas in 2013, Yeezys - short for « Kanyeezy », nickname given to Kanye by Jay-Z – has met with an international success, comparable to the aura of the singer. Kanye West produces models to the rhythm of buyers’ fever, whether they are fans or sneakers addicts. The mystical singer, who has just released an album entitled « Jesus is King », presents himself as the « greatest artist that God has ever created » and wants to be called Yeezus (contraction of Yeezy and Jesus) during the Kanye Sunday Services, masses he organizes every Sunday in front of several thousand people. Married to the very media-friendly and wealthy Kim Kardashian since 2014, Kanye West has built a financial empire that is not limited to sneakers design, representing nearly 1.5 billion euros in 2019. Yet, it is still far beyond the Air Jordan line, launched thirty years ago, which is around 3 billion per year.