8. As close as possible to the body

Sneakers have always been at the forefront of technical and digital innovations. Very flexible, this object from industrial design generates colossal investments, and has quickly integrated the multiple inventions which have marked the last decades. As the first computers hit the home, Adidas in 1984 and Puma in 1986 created connected models, generating data such as the number of kilometers covered, calories burnt and average speed.

The support of the foot kept all the attention of the sportswear brands, which competed inventively to offer alternatives to lacing. With the playful Pump system, imagined by Reebok in 1989, a few pressures are necessary to inflate the air pockets located in the intermediate layers of the upper and to offer a support that can be personalized, according to your needs. In 2016, the famous Air Mag, worn by Marty McFly, with their futuristic auto-lacing system, was released: what was fiction in the sequel of Back to the Future (1989), became reality. Only a few pairs were produced, quickly followed by a model for the public, equipped with the EARL system (Electro Adaptive Reactive Lacing) developed by designer Tinker Hatfield. 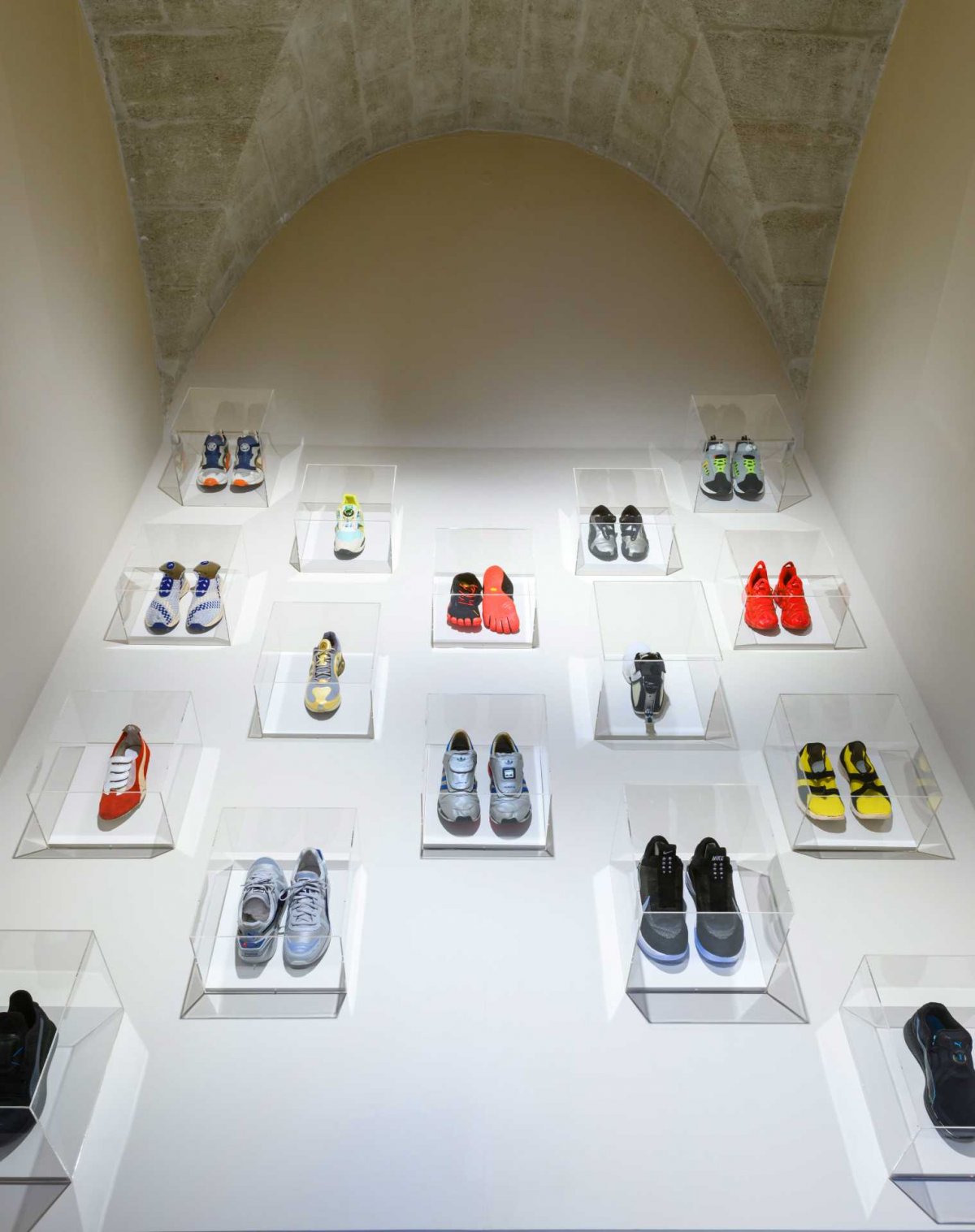 "As close as possible to the body" - Exhibition Playground - The design of sneakers, 2020
© Alastair Philip Wiper


Adidas_1, Adidas, 2005, Archives Adidas
This is the first model of sneakers equipped with microprocessor-controlled soles. The adidas_1 was the result of four years of studied and was «the first sports shoe whose technical properties can be altered in real time”. This was the German brand’s third attempt to use electronics in its shoes. Here the system is designed to adjust the rigidity and flexibility of the shoe constantly throughout the race. A sensor and a magnet placed in the heel measure the compression of the sole 1000 times per second with an accuracy of 0.1 millimeter. The information gathered is then passed on to a microprocessor clocked at 8 MHz and housed under the arch of the foot. It is then exploited by software which decides whether the shoe is too flexible or too rigid. Orders are then sent to the shoe’s «muscle»: a cable driven by a motor running at 6000 rpm. A screw extends or shortens this cable, changing the shoe’s fl exibility and the rigidity in order to obtain a perfect compromise given the runner’s weight and speed and the hardness of the ground. There are two buttons and five leds on the sides of the shoe which also allow the runner to adjust the strength of the shock absorption according to his own preferences. 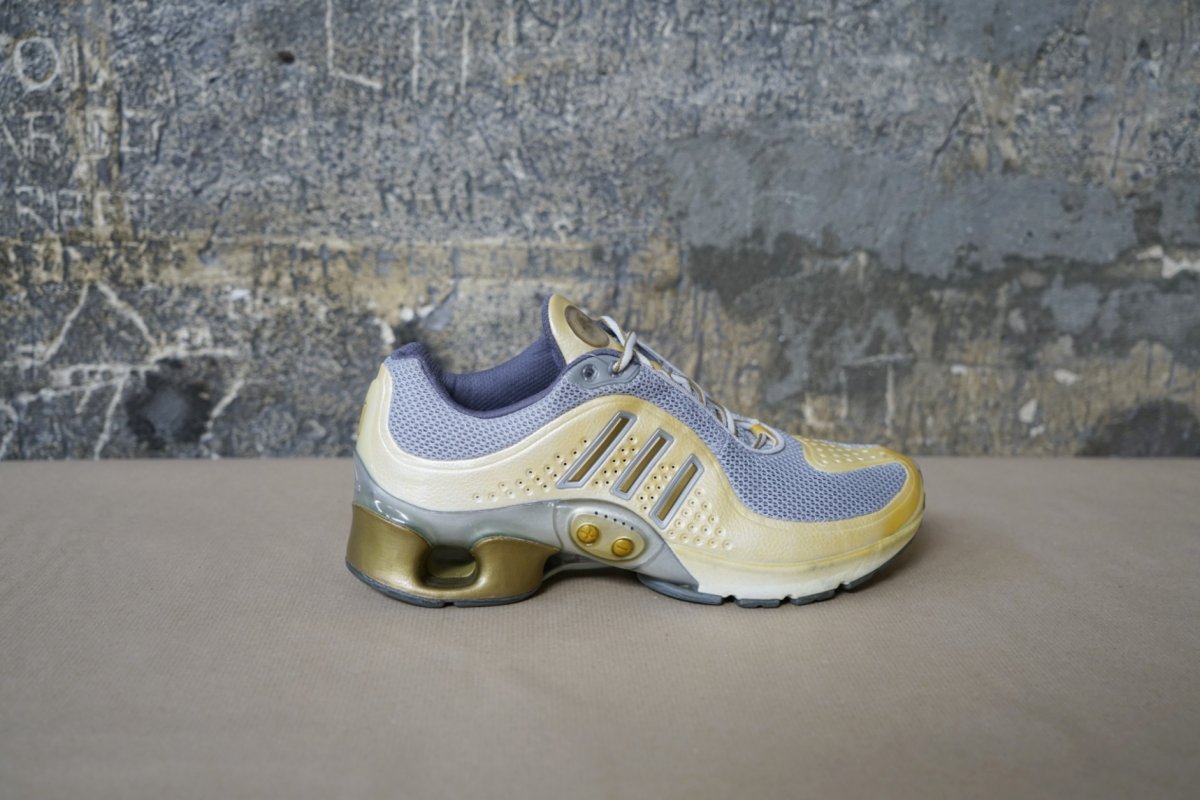 An except from Back to the future 2 directed by Robert Zemeckis, 1989 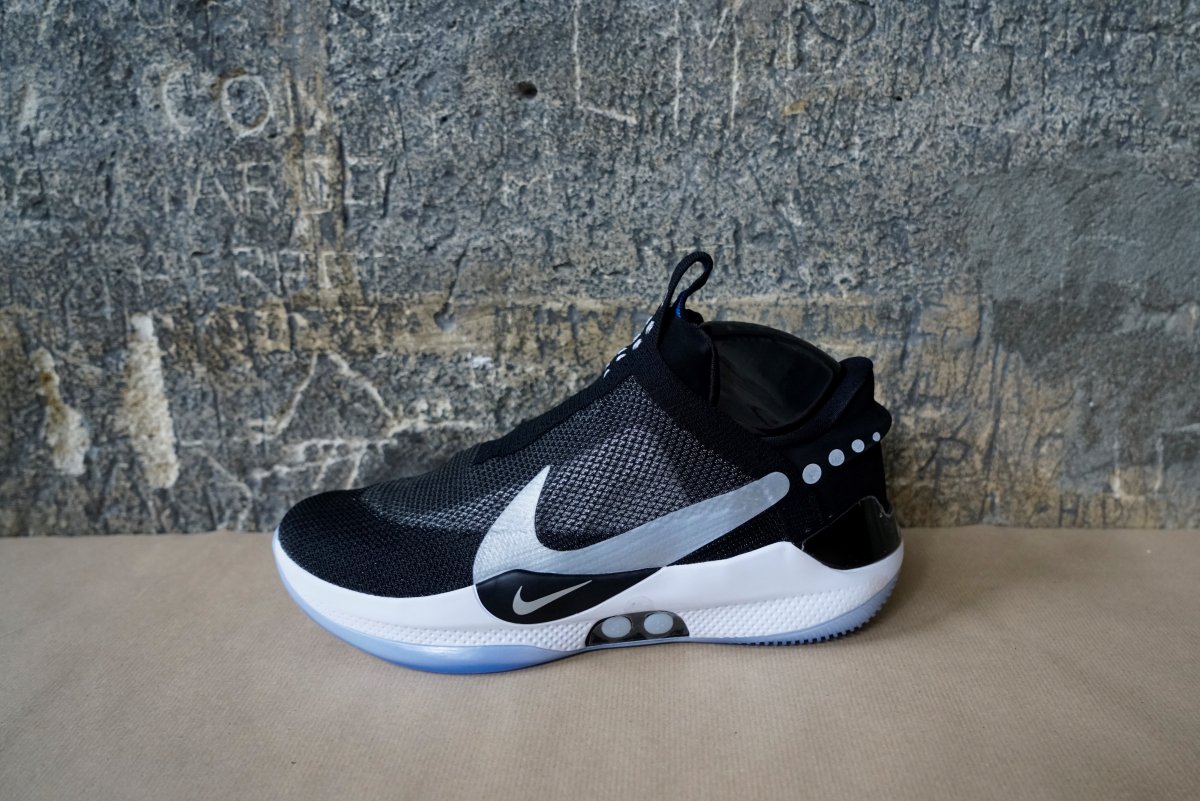 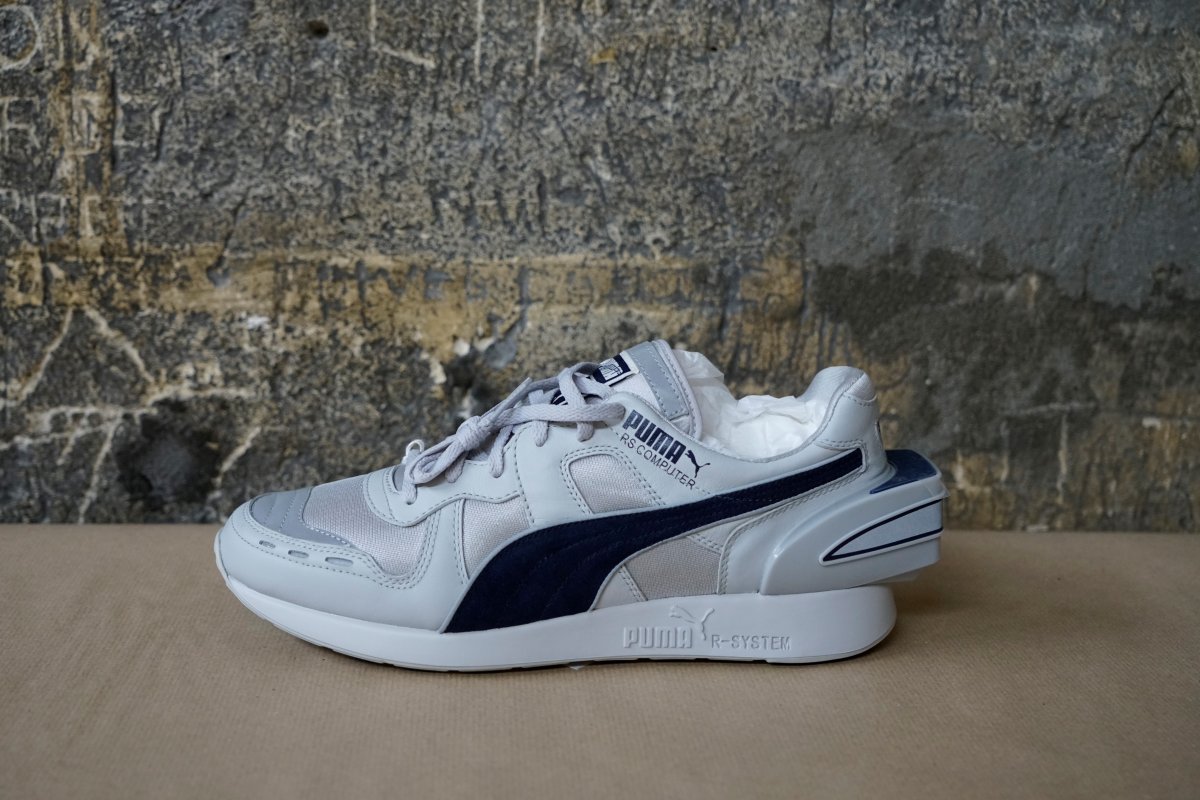 The story of Puma RS Computer (1986), documentary directed by Puma