Innovations in the production

The master of the rubber…
Founded in 1851, Bally became a major shoe manufacturerin a few decades. Specializing in leather work, the company followed the trend of canvas and rubber-soled shoes, releasing a first range in the 1930s and creating its own rubber factory in 1942. These rare images allow us to appreciate the different manufacturing steps and the nature of the machine that were used.
The birth of sneakers is closely related to the mastery of rubber and its industrialization. The rubber comes from the latex of the rubber tree, from Brasil. Native Americans used it to waterproof their shoes and clothing. In the 1830s, the Liverpool Rubber Company (England) was considered as one of the first factories to make rubber-soled shoes, designed for the beach and seaside walks.
Depending on the temperature, rubber softens or hardens. The American Charles Goodyear was the first to stabilize the material, thanks to the development of vulcanization. This chemical process consists in incorporating a vulcanizing agent, generally sulfur, in a raw elastomer, rubber, to form, after baking, bridges between the molecular chains, which makes the material more elastic and limits its deformation over time and temperature changes.
Discovered by Goodyear in 1839, the technique was patented four years later by Thomas Hancock. Cheaper than leather, vulcanized rubber considerably lowered the cost of manufacturing shoes and soles and facilitated their industrialization, first in England and the USA in the 1840s, then in France at the end of the century, when outdoor sports became progressively fashionable.
Through rubber, the fates of tire and shoe manufacturers were linked. Founded in 1892, the United States Rubber Company (soon to be Uniroyal) manufactured tires but also every product containing rubber, including shoes. Between 1892 and 1913, the company sold shoes under nearly 30 different brand names, before merging into one named Keds. In 1937, in Italy, it was with the support of Leopoldo Pirelli (from Pirelli tires) that Vitale Bramani applied for a patented rubber sole with studs and founded Vibram. In France, the industrialist Michelin regularly collaborates with sport shoe manufacturers to design soles adapted to different practices. 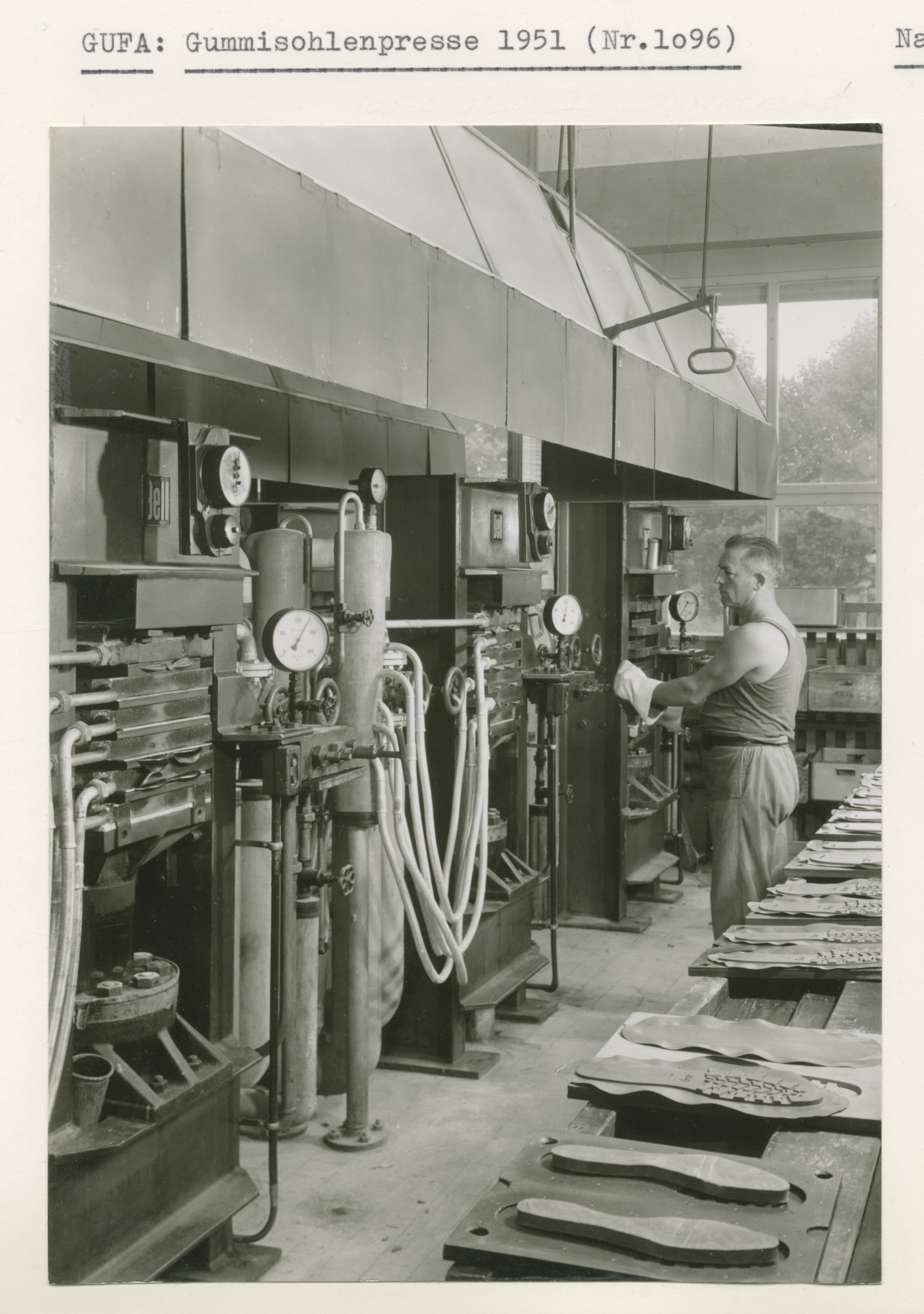 "The master of the rubber"
© Bally Schuhfabriken AG 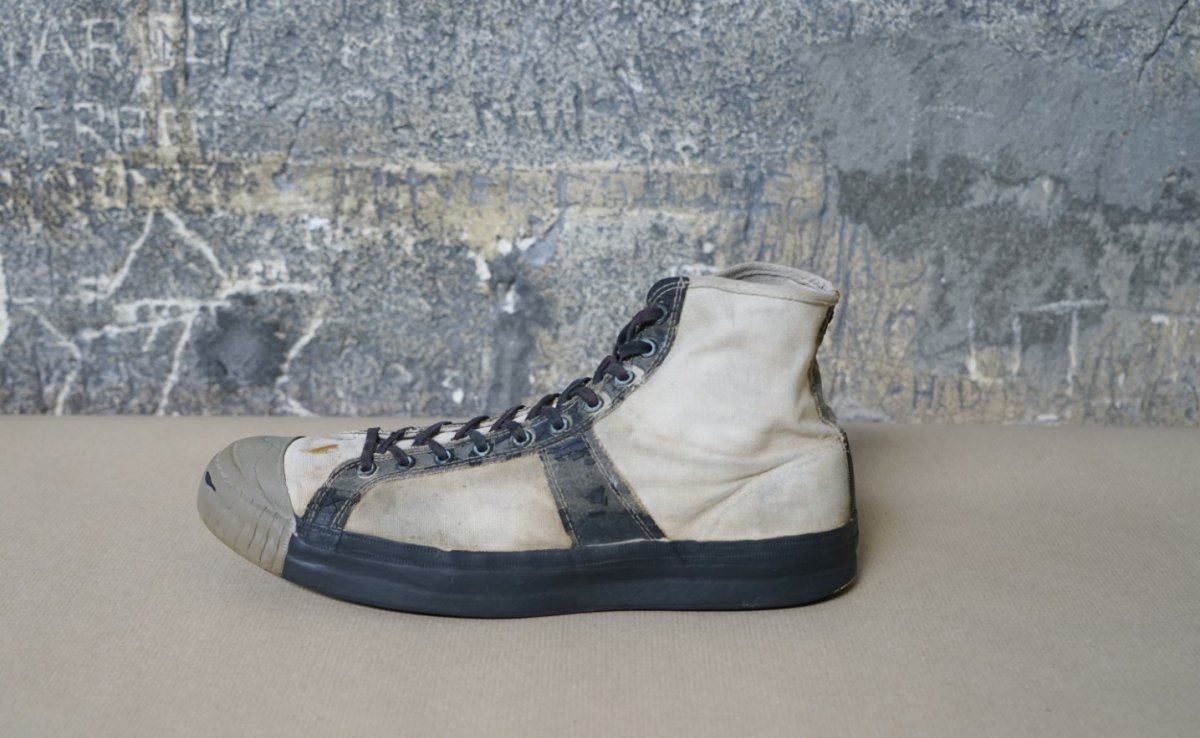 
Adidas in collaboration with BASF
Energy Boost, 2013
Collaborating with BASF, Adidas developed a new Boost sole, made up of thousands of expanded thermoplastic polyurethane particles. Commercialized by BASF as « Infinergy », it is the first material of this type. These particles are submitted to pressure, to form alveoli enclosing tiny air pockets. The pressure depends on the shape of the mold and the desired density. Three times more resistant to extreme temperatures than EVA foam, this light and elastic material guarantees a powerful return of energy in each step. Energy boost is the first model to use this technique, now adopted by several sportswear brands.


BASF in collaboration with Gu Guoyi and Longterm Concept
X-Swift, 2019
BASF partnered with Chinese designer Gu Guoyi and Taiwanese shoe manufacturer Longterm Concept, to create a versatile shoe, suitable for all practices, withfour innovative materials developed by the researchersof the German company. The outsole is made of Elastollan®, a flexible and resistant thermoplastic polyurethane. The midsole has a powerful energy return thanks to Elastopan®, an elastic polymer which helps the runner with good cushioning. BASF is also innovating with the upper materials: Haptex® synthetic leather and Freeflex™ woven fibers for the vamp, two materials produced without solvent and which contribute to conceive a shoe as close as possible to the foot.


New Balance,
Fresh Foam, 2013
This technology focuses on the use of EVA (ethylene vinyl acetate) foam, whose chemical formula is adapted to obtain an elastic and stable material. The Fresh Foam sole offers the perfect combination of cushioning and responsiveness. The material is injection molded in a hot press; this type of baking makes the material lighter and more elastic. Then the midsole is designed using a modeling software, an advanced intelligence based on technology, driven by data of speed, force and pressure measurements taken during the race. New Balance uses its knowledge in pressure mapping to add microscopic details. This results in convex and concave shapes to create different impact zones, changing the levels of compression and resistance during the stride. 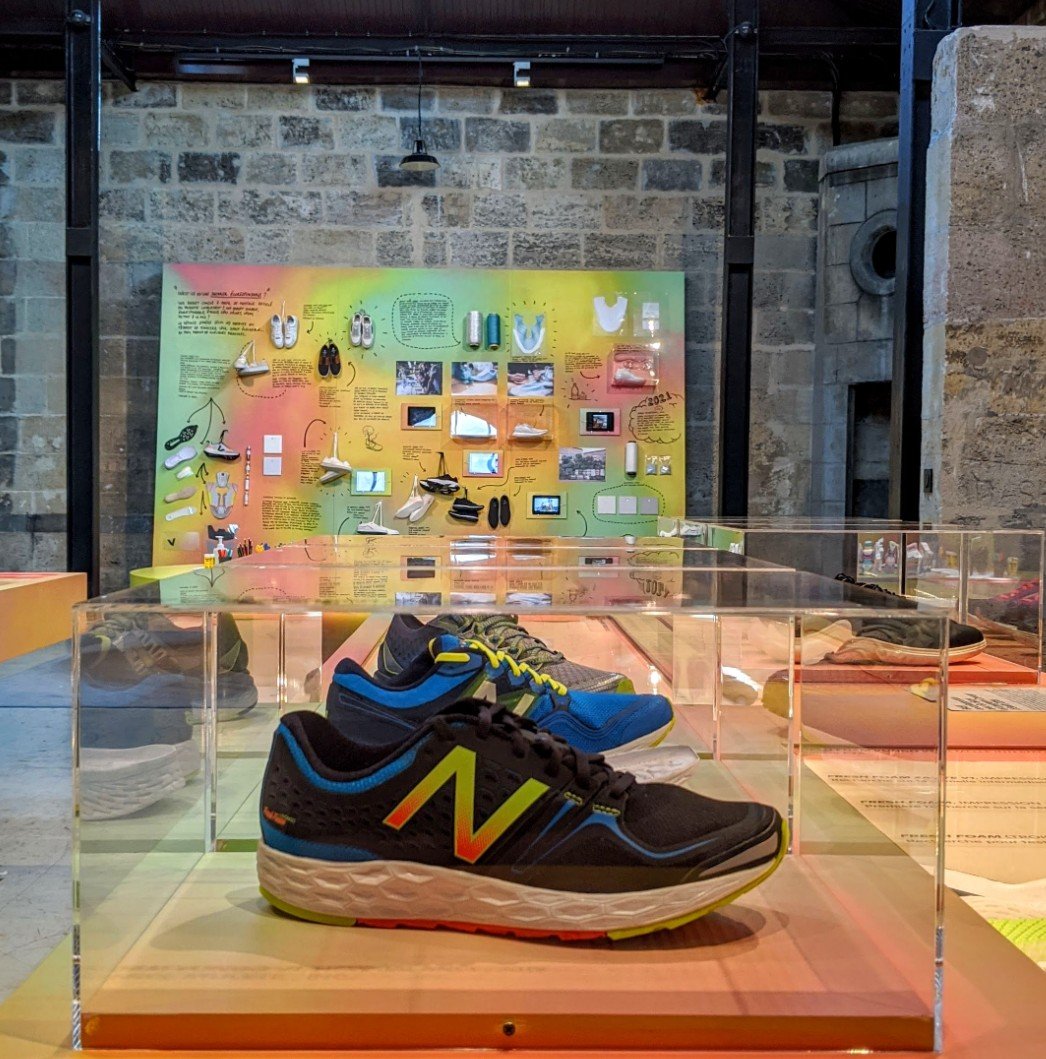