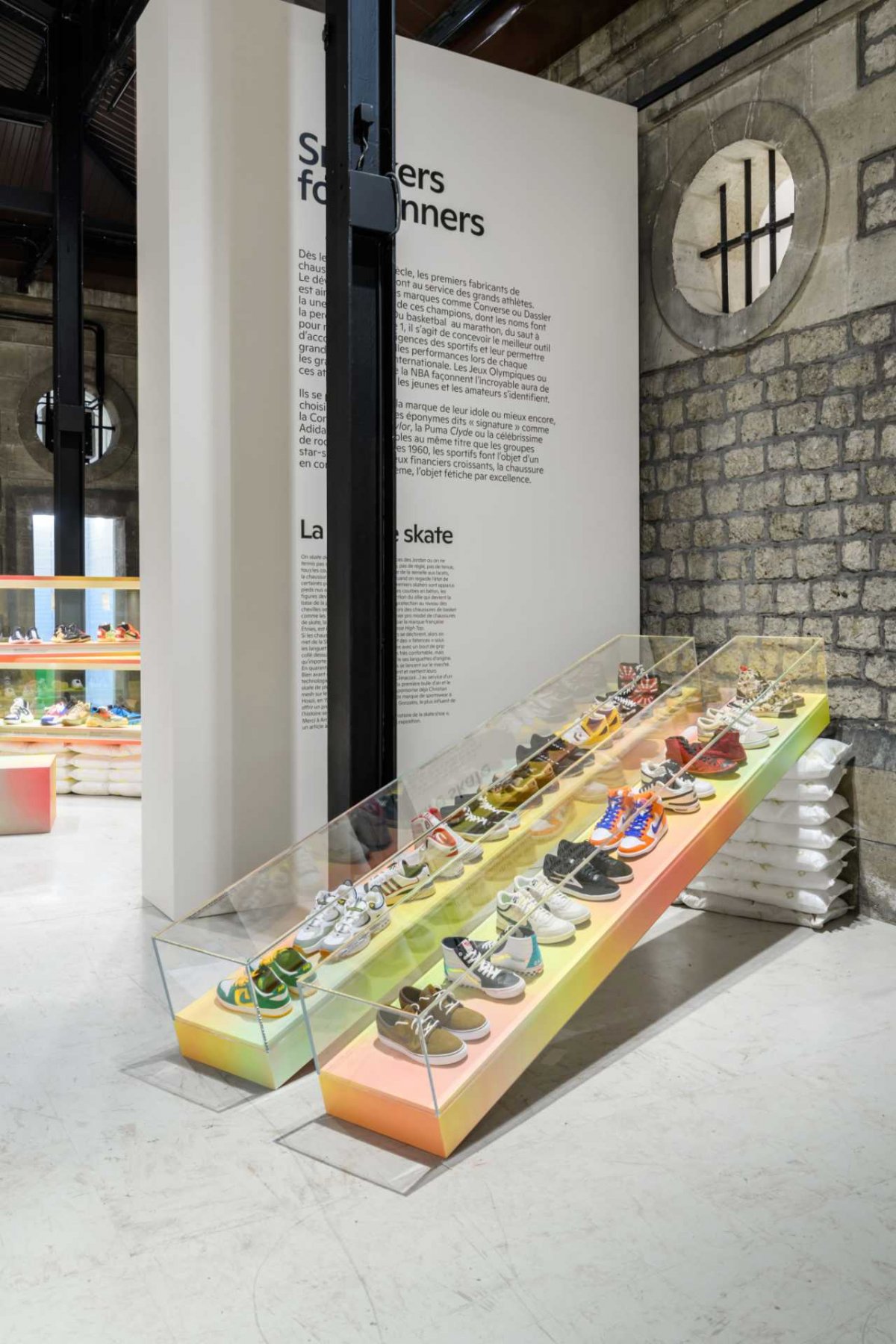 Skateboarders talk about « skating » their shoes, but no one « basketballs » Air Jordans or « tennises » a pair of Stan Smiths. No playing fi eld, no rules, no outfi ts, all shots are allowed! Worn and torn from sole to shoelace, the skate shoe suffers rough treatment. Contemplating the condition of certain pairs, it is hard to imagine that the fi rst skateboarders, in the mid-1950’s, went barefoot. In the pools’ concrete curves, the tricks went aerial, and there arose a need for ankle protection. Skateboarders started wearing high-top sneakers like the Nike Blazer, Ponys, and the fi rst-ever pro model skate shoe, released in 1988 for Natas Kaupas by the French brand Etnies, is inspired by the Jordan 1 and the Ellesse High Top. If the shoes got holes or the laces tore through, they could be repaired with Shoe Goo. To make their shoes look puffi er, skateboarders doubled the tongues, inserting a second one under the fi rst, with a piece of griptape on top to keep it in place. It was uncomfortable, but that was beside the point! DC took the hint and started using thicker tongues. Over a period of forty years, more than fi fty brands were launched on the market. Nike and Adidas got into position, offering an increasingly athletic skate scene the benefi t of their technologies (Lunarlon, Hyperfeel, Flyknit, Climacool…), éS incorporated the fi rst air pad and mesh in the Koston 1. Although Converse was already sponsoring Christian Hosoi in the early 1980s, in 1998 the three-stripe brand became the fi rst major sports manufacturer to offer a pro model to a skateboarder, Mark Gonzales - the most infl uential fi gure in the discipline’s history according to Transworld Magazine. 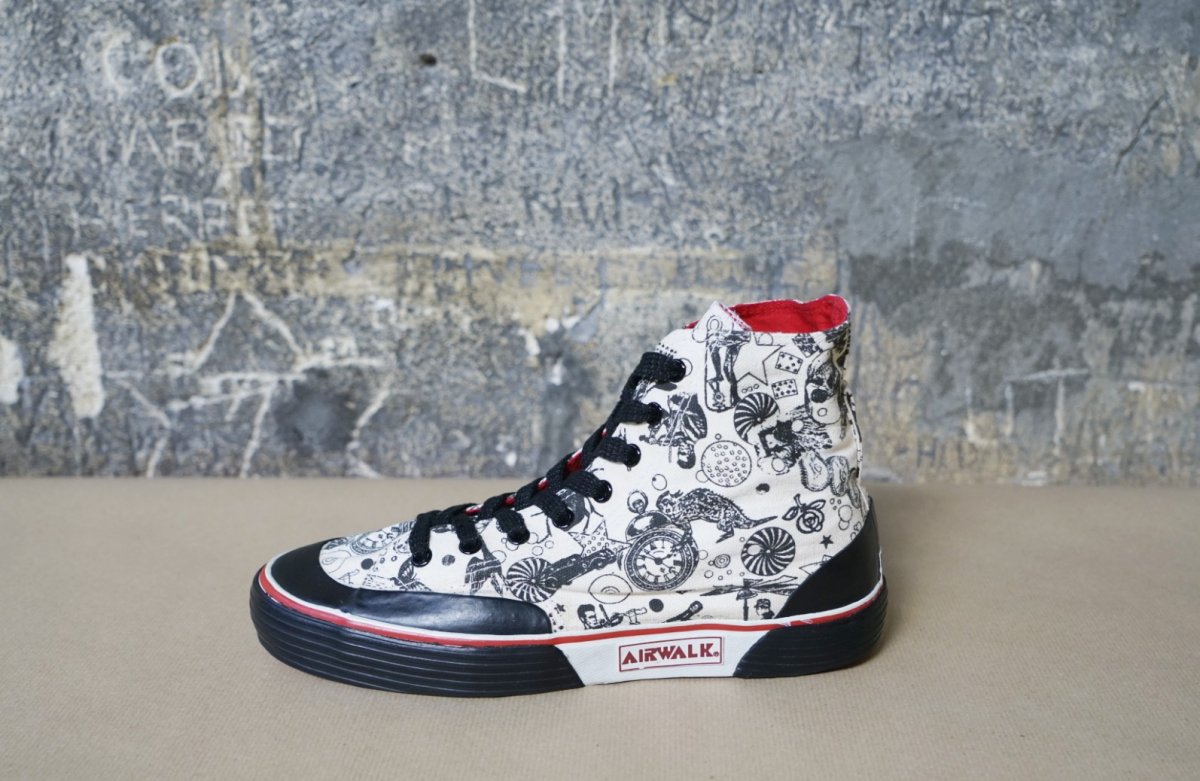 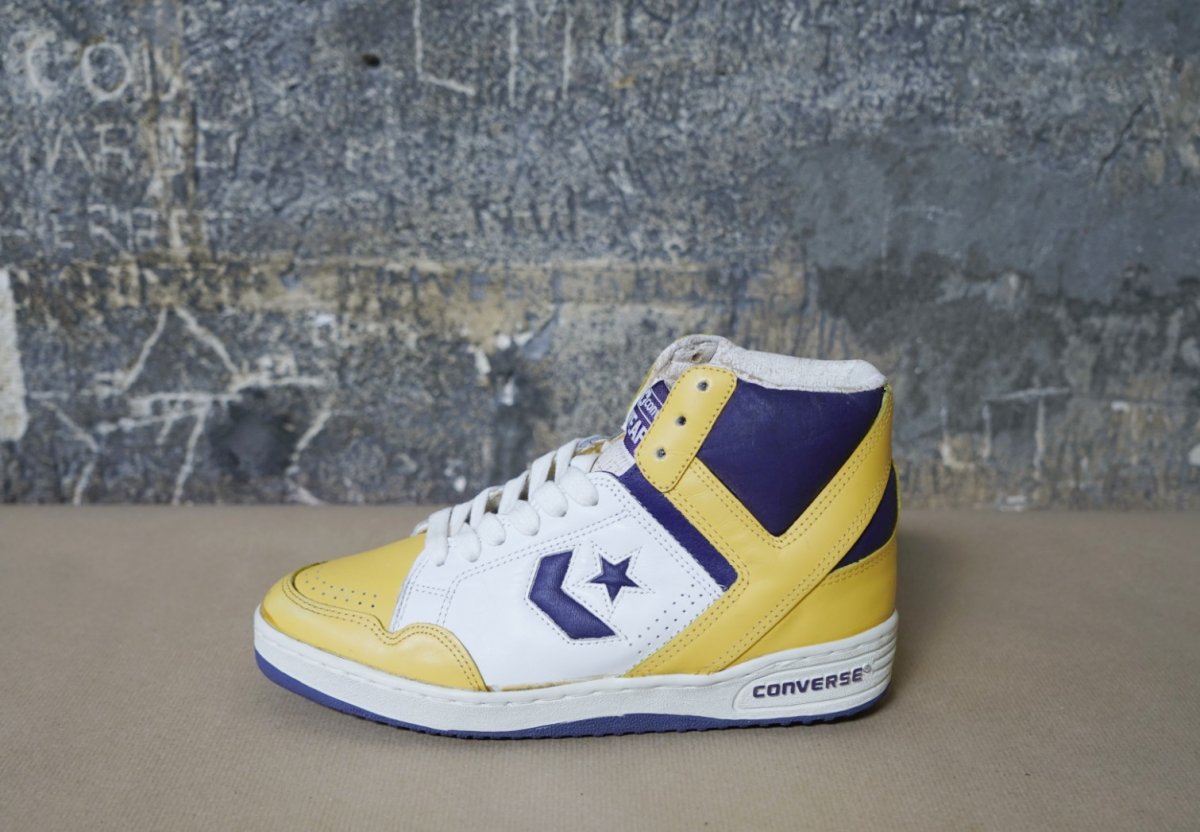 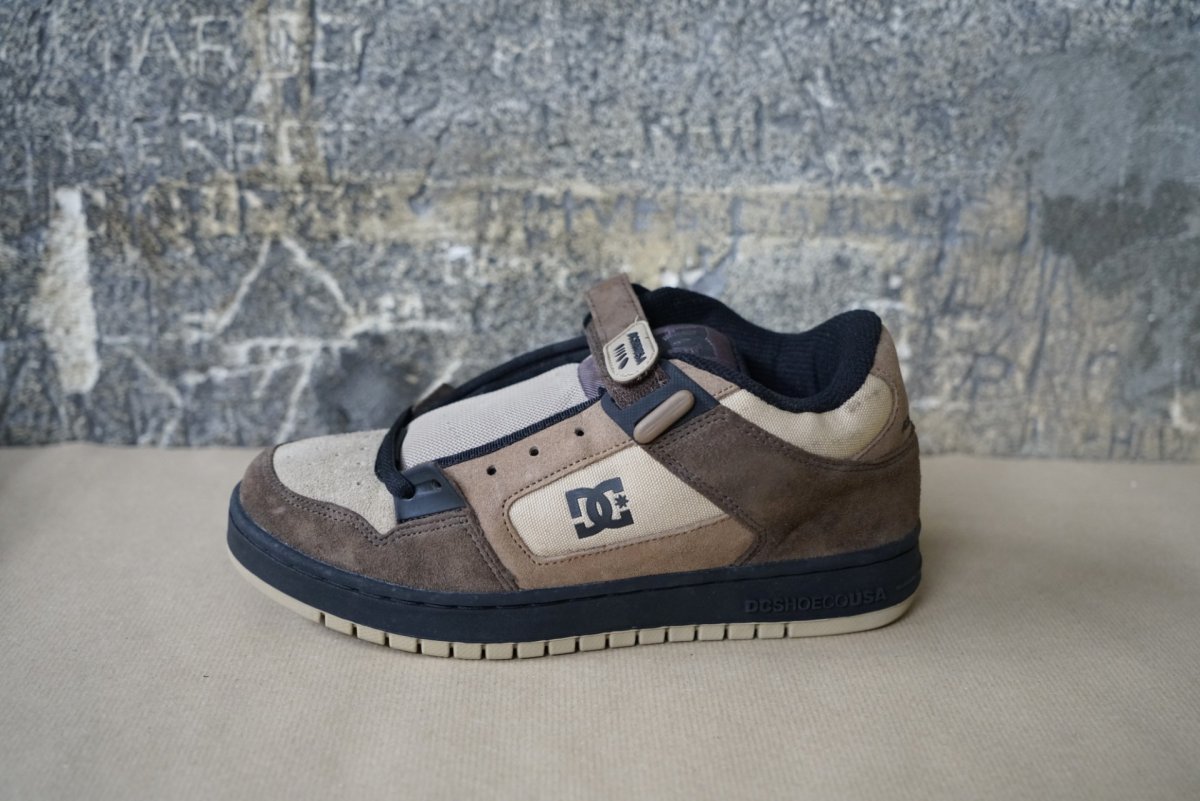 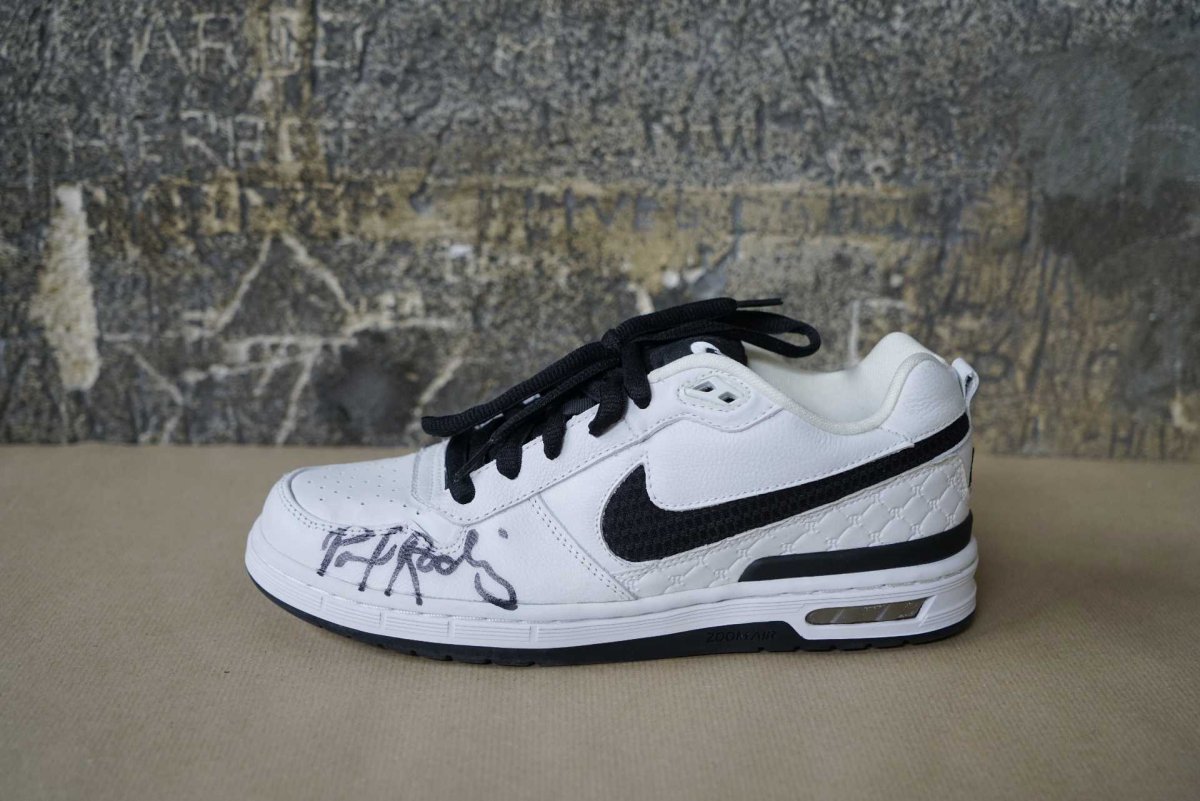 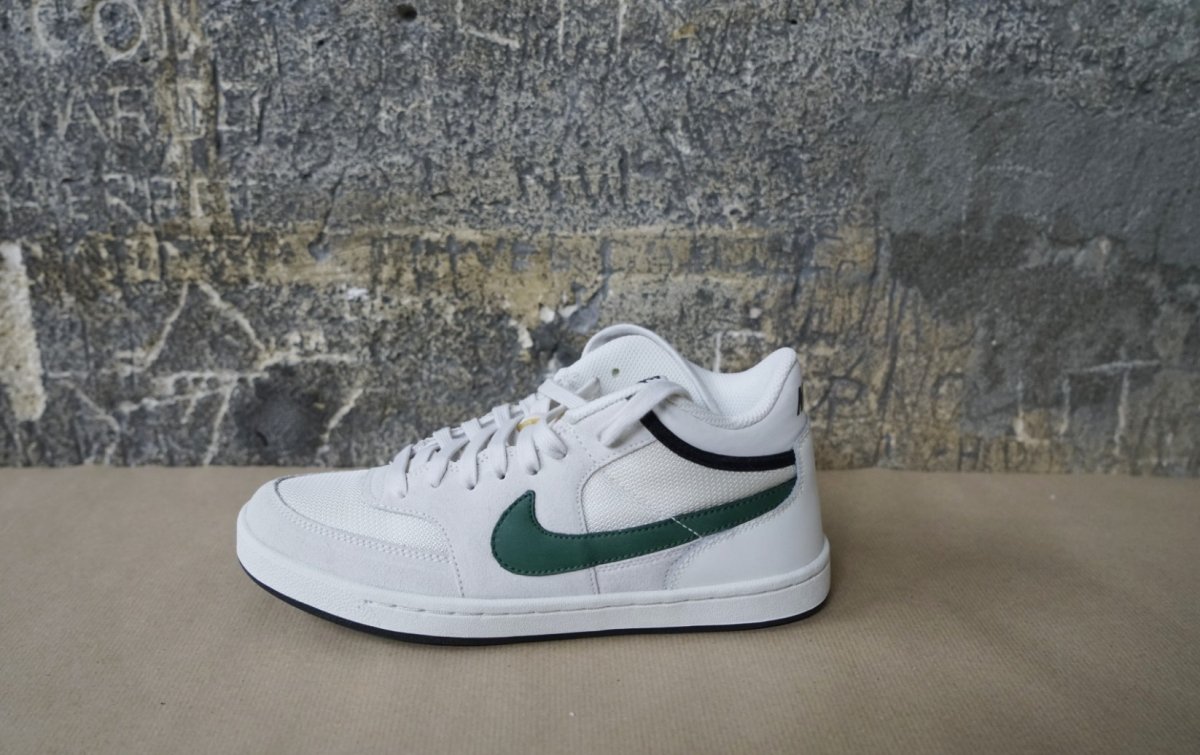 Many thanks to Arnaud Dedieu, author of “A Short History of the Skate Shoe” to read in the exhibition catalogue.