Six pairs of shoes sold worldwide out of ten are made in China. With its low-cost workforce and its production means, the superpower country was nicknamed « workshop of the world » from the 1980s, when big western firms chose to relocate their industries. Today however, the country experiences relocations and the subcontractors of the sneaker brands, turning into multinationals, are moving to Southeast Asia, where the average workers’ wages are lower. The major brands also rely on numerous suppliers in South America, particularly in Brazil and Argentina.

Other production models have emerged over the past ten years, as shown by the creation of automated micro-factories, like Adidas Speedfactories. Some brands, like VEJA, have managed to gather raw materials, suppliers and assembly factories in a reduced area in Brasil and thus conceive a production chain that limits their carbon footprint. Nearly 30 years after the closure of the last French Adidas factory, the « made in France » label is back (in the game), thanks to historic brands like Le Coq Sportif, or newly born like Ector in Romans-sur-Isère.


New Balance, a unique example
New Balance is one of the rare major sportswear brands that have kept its shoes assembly factories in the West, five in the United States (in Maine and Massachusetts) and one in England (in Flimby, in the north of the country). There, the American brand produces dozens of models, labeled with the mention « Made in UK » or « Made in USA », guaranteeing that 70% of the components used come from these countries. However, New Balance still relies on many subcontractors, especially in China, Indonesia and Vietnam. 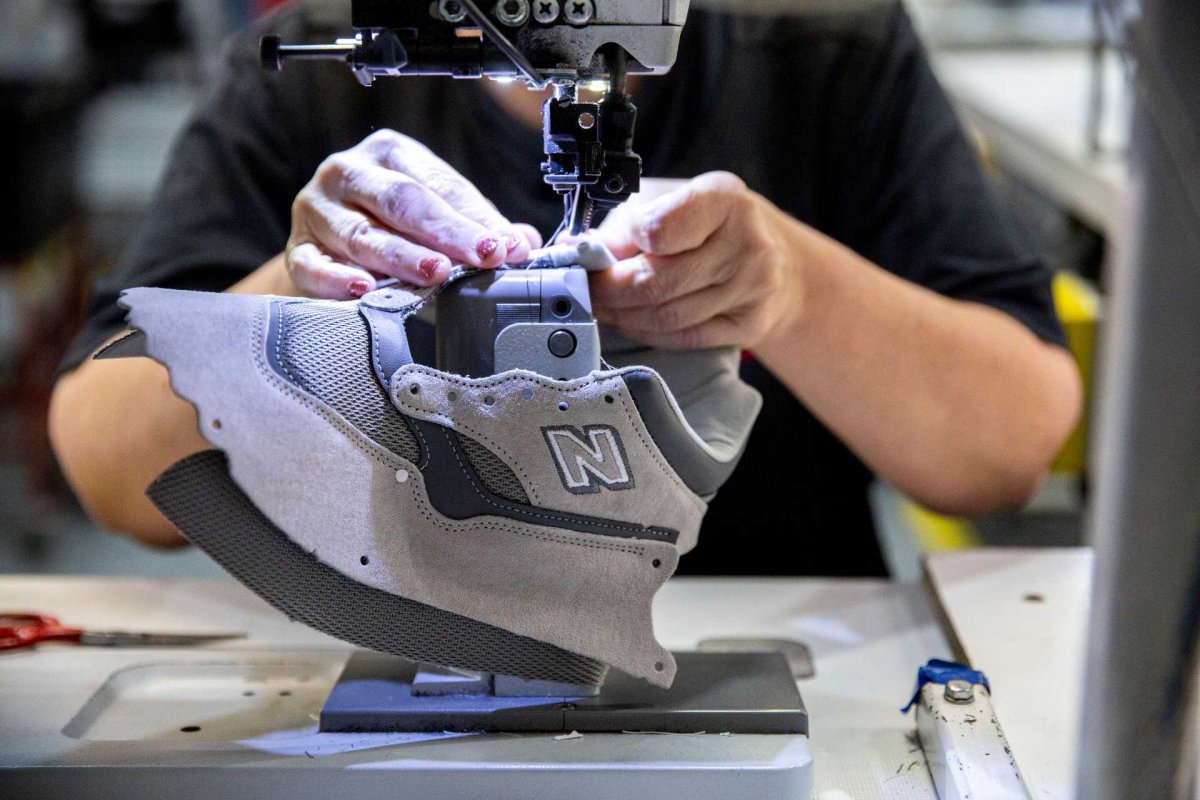 
Adidas Speedfactory
In 2017, Adidas opened two small automated factories, production and research sites, one situated near the brand’s headquarters in Bavaria and the second one in Atlanta in the United States. These Speedfactories were to supply 500,000 pairs a year (the total annual production of Adidas represents 410 million pairs) and were supposed to quickly produce small series, according to demand: this constitutes a real alternative to classic production chain, which spread over several months and relies on the help of many subcontractors. However, in November 2019, the brand announced the closure of these factories and sent the high-tech machines to its subcontractors in Asia. 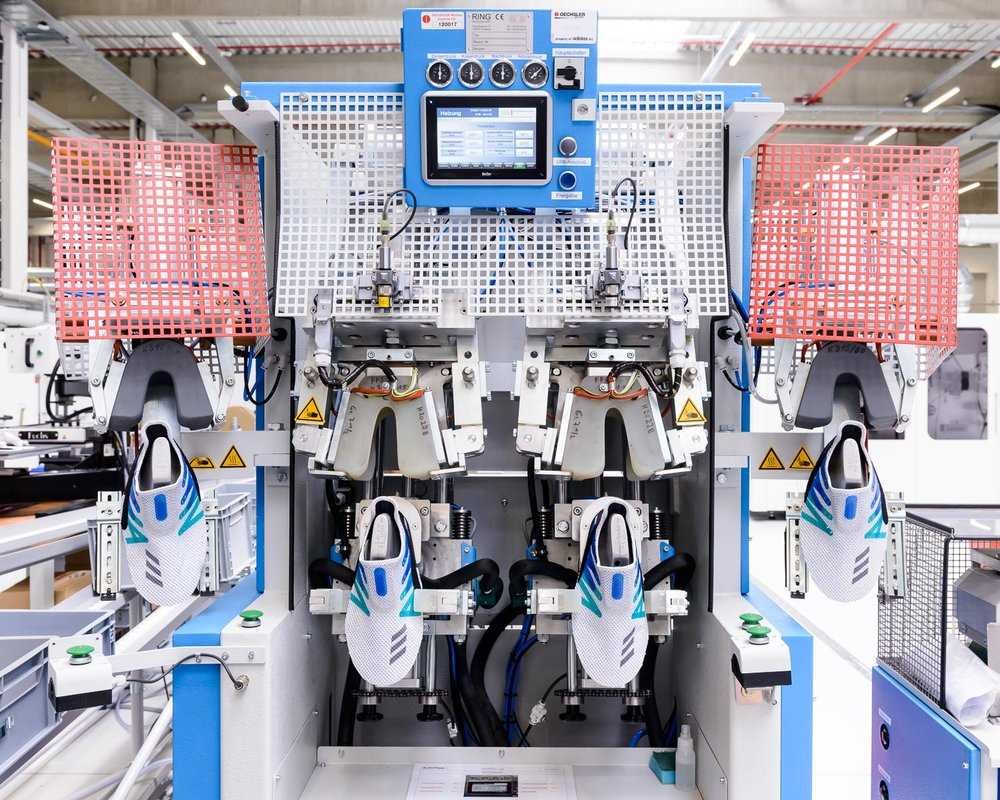 
VEJA A production chain in Brasil
Veja (« look » in Portuguese) was created in 2004 by François-Ghislain Morillion and Sébastien Kopp. The fair-trade model defended by the brand Alter Eco catches the attention of the future partners, who intended to contribute to a fairer economy and to encourage a production more respectful to people and the environment. They chose to locate their production chain in Brazil in order to gather all the elements necessary to shoe manufacturing in a limited area. They ensure that all their partner companies guarantee workers’ rights, in accordance with ILO regulations. Cotton is grown in the Brazilian Northeast and natural rubber comes from the Amazon rainforest. The professional integration association, ASF, receives the shoes in France, organizes storage, prepares orders and ships to stores. The company remains fully transparent on every step of its production, the nature and the provenance of the material that are used. 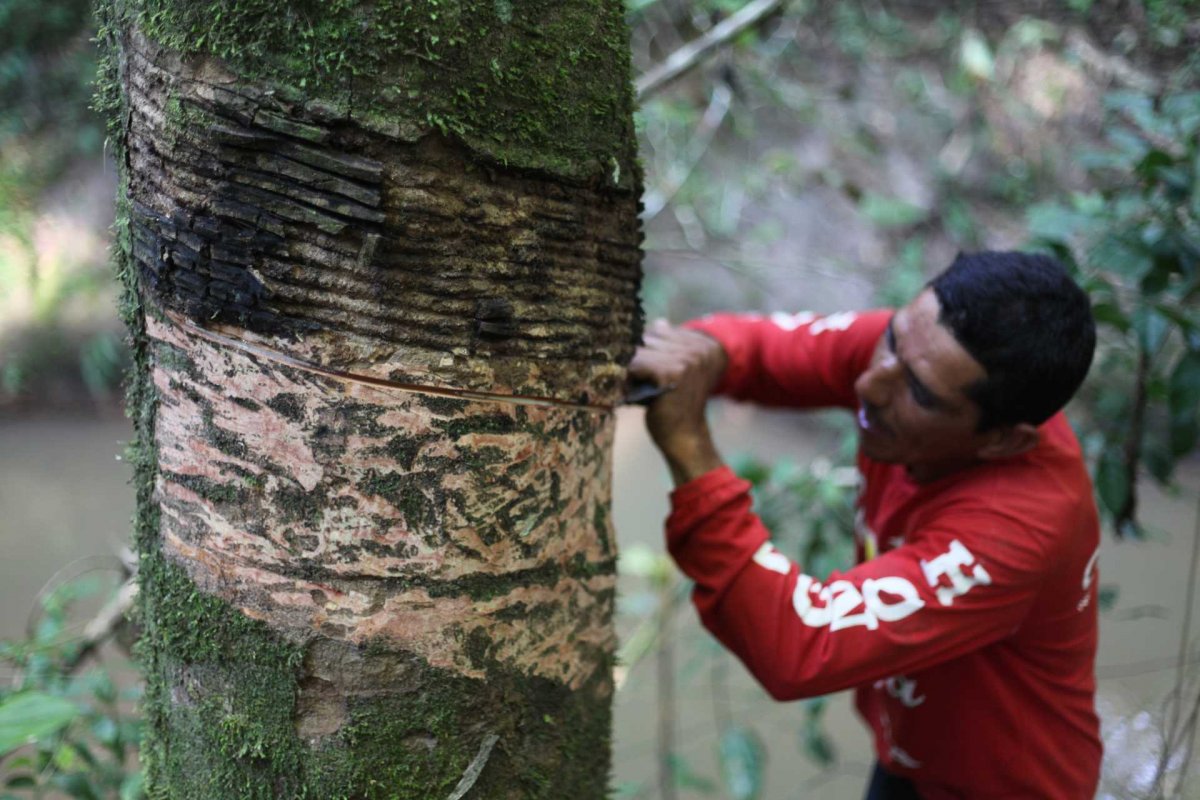