4. The craze for sneakers

« Yo, money, where’d you get those? »
Bobbito Garcia 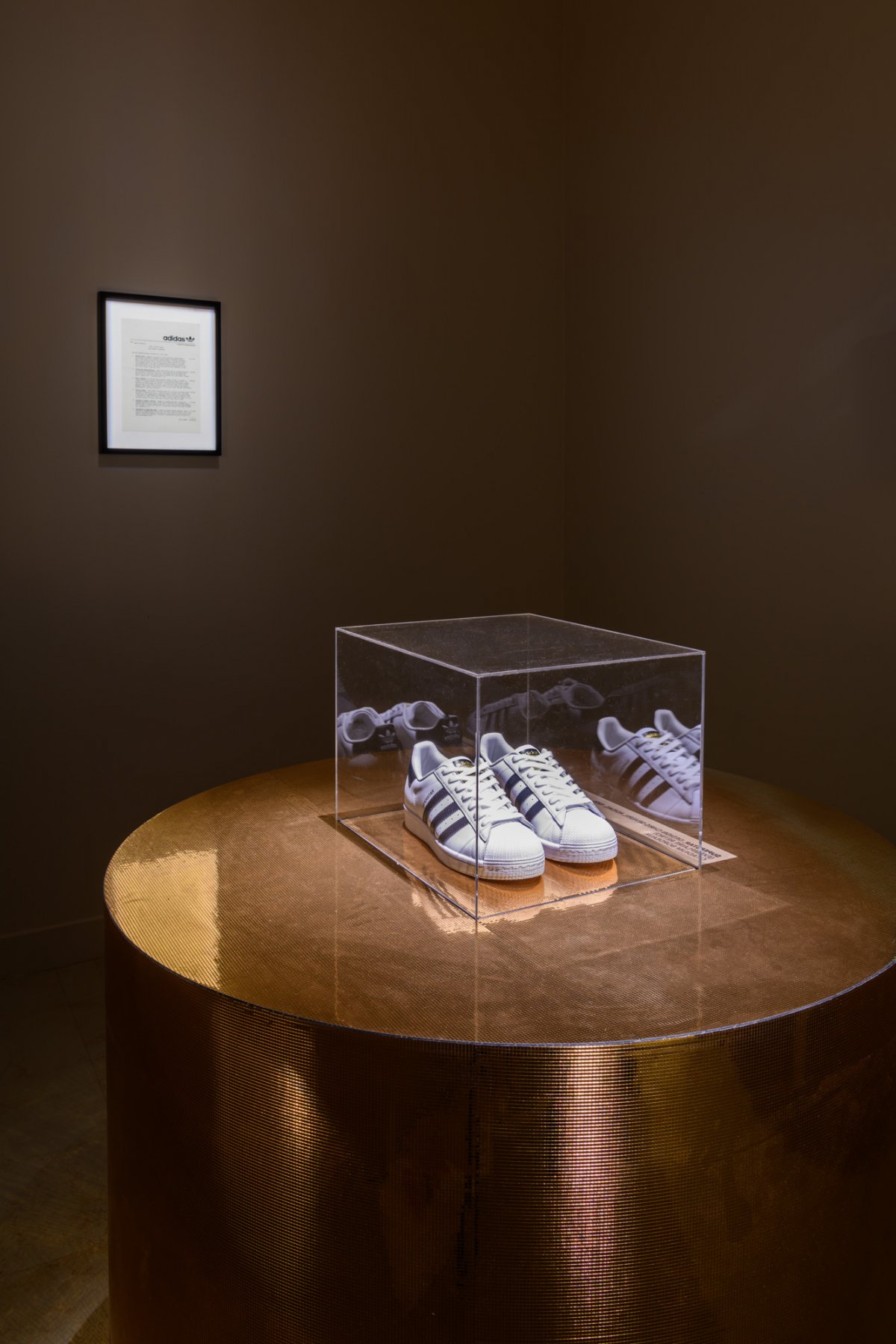 “The 1980s and the craze for sneakers”, focus on the collaboration between American hip-hop group Run-DMC and Adidas
Exhibition Playground - The design of sneakers, 2020
© Alastair Philip Wiper

Everything converged in the 80s to turn sneakers into a strong identity sign, which went beyond the field of the different groups and countercultures that had appropriated them since the 60s and 70s. The rise of television advertising and new dynamic marketing practices took fashion to another level. In New York, Foot Locker opened its first store in Manhattan in 1974, with a concept combining sport, hip-hop and street culture. The sneakers came out of a rather confidential field to win public space. Their trade generates a growing economy.

The biggest trigger came from the hip-hop culture. In 1986, Run-DMC released My Adidas: « My Adidas cuts the sand of a foreign land / With mic in hand I cold took command / My Adidas are seen on the movie screen / Hollywood knows we’re good if you know what I mean / We started in the alley, now we chill in Cali ». The success was so great that the street identified with them and began to wear, just like them, Superstars without laces and with their tongues up. During their concert at Madison Square Garden, the band said to the crowd: « If you wear Adidas, raise them high ». The moment was incredible: 20,000 hands waved Superstars. Adidas immediately saw the scale of the phenomenon and signed a one-million-dollar advertising contract with them, an extremely high sum at the time.
For the first time, the brand did not reach out for an athlete to promote its image, but to a music band. Thisrepresented a turning point in the history of sneakers.


Many thanks to Thibaut de Longeville, co-producer with Lisa Leone of the documentary movie “Sneakers, le culte des baskets”, for the loan of the rare documents shown in this room.